I have been looking around for new games lately. The following intrigued me for one reason or the other.

A science-fiction game fresh off Kickstarter, they had me with their blurb:

Firefly meets Arabian Nights in this unique sci-fi RPG. Crew a starship and explore the ancient mysteries of The Third Horizon!

Sure I want to play Firefly. The presentation by Swedish company Fria Ligan has set up, and they seem to have a good track record with the Swedish release of Coriolis as well as their older publication Mutant: Year Zero.

Gods of the Fall

A Kickstarter-funded setting book for the Cypher System.

Characters in Gods of the Fall go on adventures, are heroic, and possibly even find themselves in the villain’s role if they’re not careful. But […] they can achieve far more: characters can awaken a divine spark! They can claim a dominion and call themselves a god of War, a god the Hunt, a god of Winter, a god of Fire, and more.

I liked Scion, another demigod game, for its cinematic action scenes, and I love the Cypher System for the ease of play it offers. The combination can not possibly be bad, now can it?

Still being kickstarted, this game is interesting because of its unconventional vision on conflict.

Players brainstorm together to solve problems, evade or defeat monsters or villains, overcome obstacles, deploy magic, obtain treasure and other rewards, free prisoners and find the way forward – all while causing the least harm possible.

A far-future science-fiction game using the Fate Core, which I have come to appreciate via Demon Hunters, Mindjammer sounds intriguing enough to try.

Never has there been a greater time of opportunity. Old certainties are dying; the universe is in flux, and for the first time in ten thousand years no one knows what the future will bring. So charge your blaster, thoughtcast your orders to the starship sentience, and fire up the planing engines — come and defend the light of humanity’s greatest civilisation as it spreads to the stars! 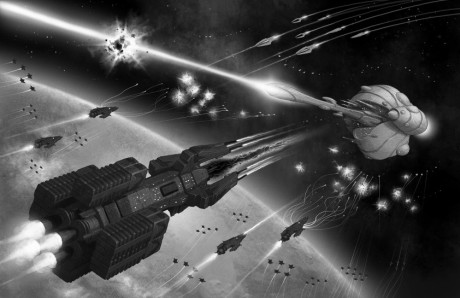 There is also fiction to go along with the game, and a very affordable quickstart booklet.

The latest installment of the Mutant RPG, which has a long history, intrigues me with its two-mode gameplay: the group maintains and improves the Ark, their safe haven, and ventures out into the dangerous outside to scavenge supplies.

It’s time to venture out. To explore the Zone, to search for artifacts, for knowledge. To build, grow the land, seek out others, create a new civilization on the ruins of the old. Seek your origin. Maybe, one day, you will find Eden of the legends, the Old People’s haven in the middle of hell. That’s where salvation and truth await, the stories say. 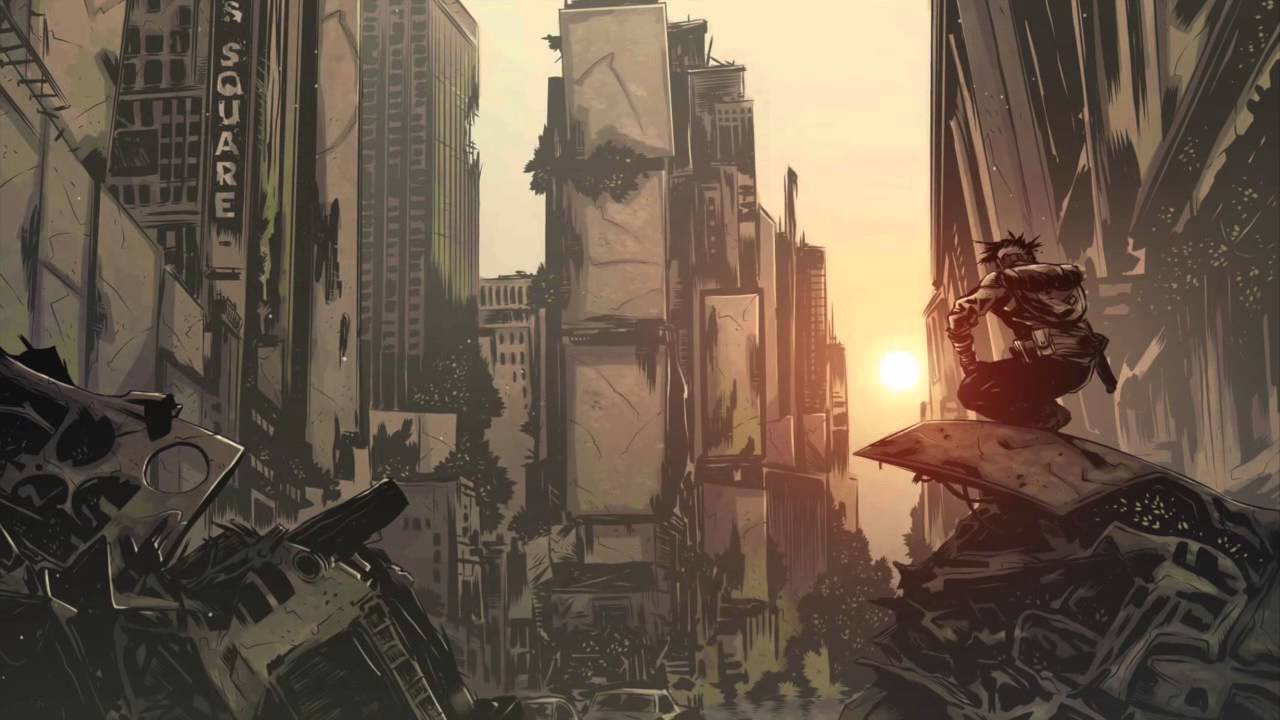 There is a free quickstart booklet.

This is going to be a fun one. The role-playing game set in the world of long-running web-comic Schlock Mercenary promises brisk action and dark-chaotic humor.

I think the ablative meat-shield rule will be one of my favorite mechanics, ever.

If the bullet with your name on it is going to carve your headstone, you may choose to spend a RiPP to have one of the grunts take that bullet for you. Grunts are a company resource, like food, ammo, and armor (they’re actually a lot like armor) but they get more expensive as you use them in this way.

When you spend a RiPP on ablative meat, […] you will name the grunt, assign him or her a race and a role in the company, and then write three things about them. Then, after you’ve spent a moment getting to know this person, the GM collects […] flips a coin. Heads, and the grunt lives[…]. Tails, and the grunt dies. The GM will tear the card in half before your teary eyes.

Here’s the twist: Once you have some named grunts in the company, you can have them play ablative meat again. And again. Each time they survive, they get more skill points. If they die, however, they’re gone forever. And at some point in the future if your character dies, you can immediately jump into the shoes of a bulletproof grunt, and give voice to the person who kept trying to save you, but eventually failed. 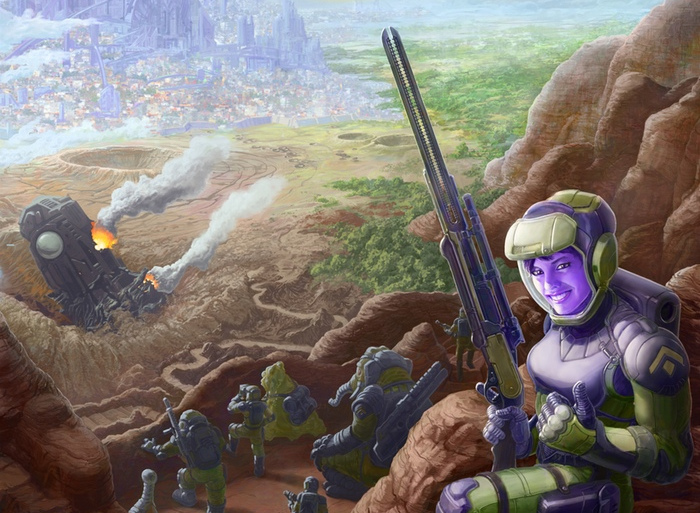 Some information on the mechanics has been published but we still have to wait a little while for playable material.

Unity promises a rich science-fantasy setting and rules that facilitate tactical combat and easy GMing – sign me up!

Unity […] blends epic fantasy with a flavourful dose of arcane-infused technology. Unity focuses on telling spectacular stories while emphasizing teamwork with a combat engine that allows players to combine their powers and develop interesting synergies for a deep and fulfilling tactical experience.

Explore the forgotten remnants of a once Golden Age when mortals rose to challenge gods. Rediscover long forgotten ancient technologies that blur the lines between reality and wonder. Stride atop colossal mechanized machines of war from a bygone era. Embrace the discovery of new and exciting cultures in a scarred landscape full of secrets and hidden beauty. 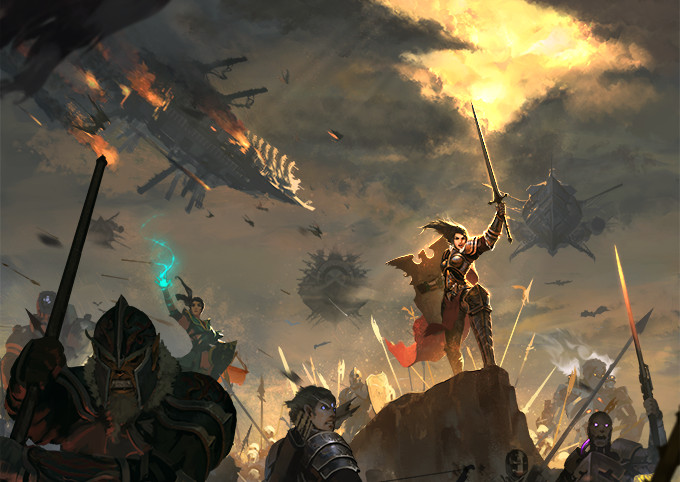 It’s going to be a while, but this game I am quite excited about. Check out the many previews!

What’s O.L.D. is N.E.W. is the system powering three gorgeous, crunchy, compatible roleplaying games - medieval fantasy, 80s action heroes, and far-future science fiction. These games are called O.L.D., N.O.W., and N.E.W., respectively and are all open (as in open gaming content) and entirely compatible with each other. Designed from the start as a toolkit oriented game system, you are encouraged to design your own content using the extensive guidelines found in each book.

Even though they say the rules are crunchy, they look clean enough for me to give it a try. The very open licensing definitely sets the game apart from many competitors.

A free starter kit is available.

Zweihänder may turn out to be too crunchy for my taste, but it has two things going for it: it is going to be gritty, and it’s going to be in the Creative Commons. Oh, and the illustrations are pretty.

We consider ZWEIHÄNDER a love letter to everything we enjoy about literature and tabletop gaming – uncompromisingly grey morality, wanton violence, political conspiracy, weird horror and dark humor, all presented beneath a veneer of low fantasy.